Through times of trial and darkness in life, there is much relief when I finally get through it and find the light. My perspectives change, my view on life changes and I’m filled with gratitude. Through that window of time when I realize that I’m blessed with renewed eyes, I’m filled with appreciation.

Back to normal happens.

…and that renewed sense of appreciation and gratitude fades away, until the next period of darkness envelopes life, and I wish for the light to come again, because I know that surely this time I won’t take the light for granted. And so it goes, the wheel of dark and light rolls on through life’s good and hard times.  Monotony and Gratitude switching out like the changing of the tides.

I had a moment of true gratitude this morning as I was walking my kids to school.  My daughter’s infectious giggle cut through the cold morning air as we talked and carefully made our way down the icy sidewalk, her tiny fingers intertwined with mine. My son ran a few steps ahead to assert his independence. Walking to school is routine for us, shown by the packed down and worn snowy path. It’s become so routine, that I’ve failed to notice moments of amazing that fire all around like tiny beauty synapses in time. And then it hit me. These are My kids, the kids I dreamed about having one day.  How often have I zoned out during their questions, and dismissed their stories as I was lost in the thought of all the things I need to accomplish in the day?

And the veil of monotony fell away, and I viewed our routine walk with fresh eyes filled with gratitude and appreciation. Peace washed over me and I gripped my daughter’s hand a little tighter and whispered in her ear “Tell me more”. What have I missed out on everyday when I was blinded by routine?

Miracles are all around us my friends, but sometimes they come to us through ordinary life. They happen so seamlessly and delicately that we are unaware of their presence and fail to see them. But miracles live here…if we would only lift the veil and open our eyes.

You see, kids see miracles all the time. They are fascinated with the art of living life with all of their heart and soul. They pour their positive energy into the miracle of life. And they laugh often. The type of laughter that starts at the bottom of their soul and pours out like rays of sunshine that know no boundaries.

I pray that the veil stays lifted, and I see life as it is meant to be seen. And lived. With whole-hearted gratitude and happiness. So today, I will not look around my house and see all the things I need to do, or change but rather I will appreciate this warm home that is filled with love and laughter.

My riches consist not in the extent of my possessions, but in the fewness of my wants.  ~J. Brotherton 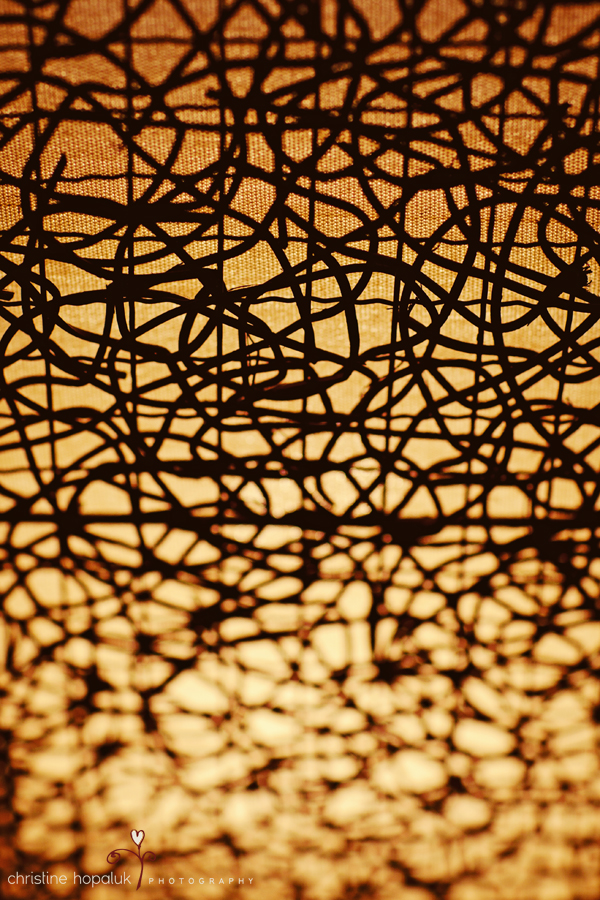 That little moment of gratitude grew and built up strength…seeping into other thoughts: I will look in the mirror and accept my body…flaws and all, rather than wishing I could change it. I will be thankful for the friendships that I am blessed with. I will give more than I take. I will show kindness to strangers. I will accept those that I do not understand.

…and I will feel the appreciation for my children, to the very depths of my heart; just as I did on the day they were born when I finally held them in my arms after months of dreaming for that moment to come. 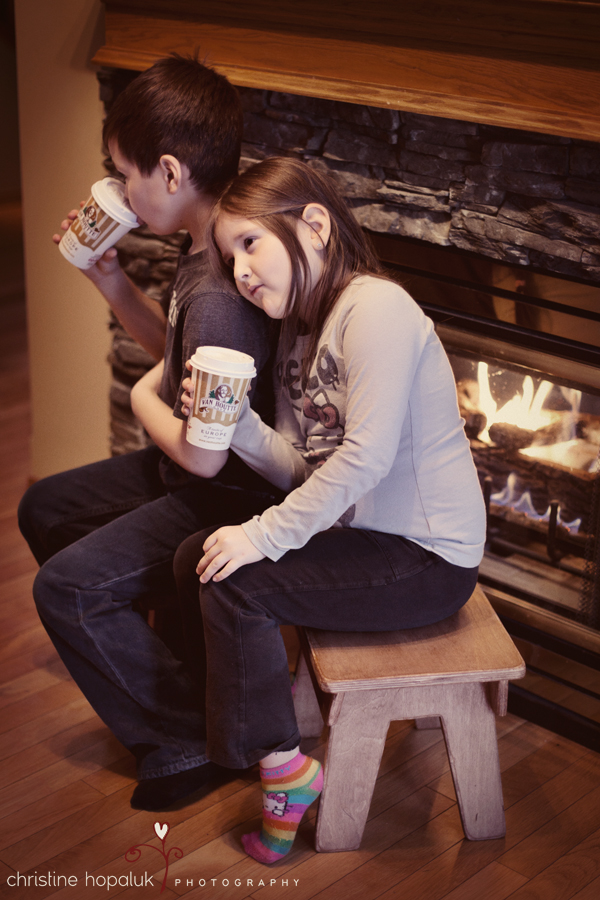 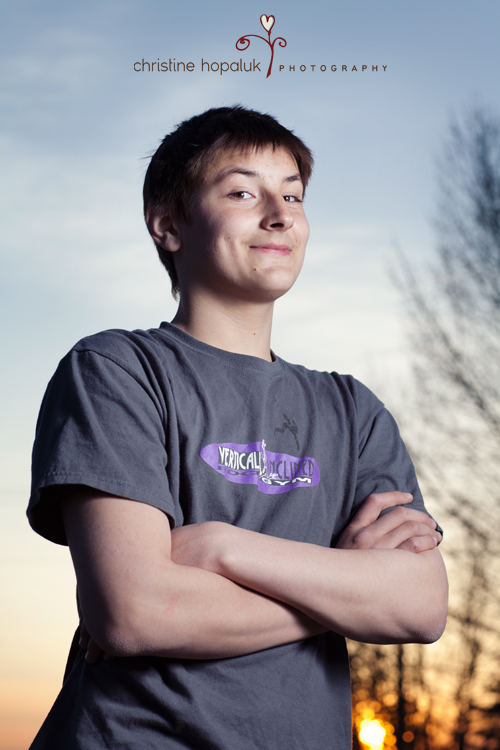 I hope your day is full of miracles as well.

From my thankful heart to yours,

Yesterday I drug myself (inwardly kicking and screaming) to the gym for a run around the running track.  It was more for my mood than anything. The snow and cold settles in, and I fight the winter blues.

The first kilometre was a battle inwardly to get my bad attitude in check. Suck it up princess. By the second KM I found my pace, and the stress started to melt away. It was on the third KM when I noticed a man walking ahead of me in an unsteady but fiercely determined sort of way.  Directly in front of him, a woman walked backwards in support holding two canes, should he need them. His expression was full of grit and will with each step he took. Every time I passed him, my respect and awe for his fierce spirit grew.

By the fourth KM, the pain of an old running injury gripped my knee. I pushed on to finish the 5K, but I was discouraged. It took months previously for this injury to heal enough to run consistently and I wasn’t excited to go home and ice my knee.  Running is really the only cardio I enjoy. The thought of having to use an elliptical or a spin bike fills me with dread. It’s a little over dramatic, yes, but running is like therapy I swear. The time just flies by.

After I finished my run, I stood to the side of the running track catching my breath and wiping the sweat off my forehead. I noticed the man whom I had yet to speak to, but already respected, sitting on the bench with the supportive woman. He had kind eyes and a contagious smile.

He asked me how to read the chart behind him which detailed each lane’s distance, so he could figure out how far he had walked. It was only then as we were talking that I noticed he had a prosthetic leg.  He explained to me that he was taking his new leg out for a spin, as he hadn’t had it for very long.  With enough enthusiasm to light up a room, he told me he was enjoying the freedom of being able to walk again now that he is no longer confined to a wheel chair.

It hit me like a ton of bricks. Here I was running with annoyance worrying about a silly knee injury when at the very same time, this amazing man walked the same track filled with gratitude for the gift of being able to walk again.  I felt small, petty and ridiculous.

He interrupted my thoughts with a story about a girl he met as he was going through rehabilitation. She was my age and she had also lost a limb. She was filled with rage and anger over her loss, and her enraged attitude, however valid it was, negatively affected her rehabilitation. She was so focussed on her anger and the one thing that she absolutely could not change, that she lost all focus on her recovery.  He told me how bad he felt for her that she couldn’t embrace her new reality.

We talked a little more about life, and we said our good-byes. I made my way downstairs to do some weights, and I assumed he was done his exercise for the day. I can’t imagine how much energy would be required to learn to walk again. But out of the corner of my eye, there he was doing weights to build up his strength. Every station he went to, the supportive woman followed and they talked and laughed as he worked.

As I left the gym, he was still doing weights. I sat in my car in the parking lot and took a moment to soak in the lesson he had just taught me. We are blessed my friends. Every time I think there’s no time to stay active and take care of my body, I will remember him and his fierce determination. He considered the ability to walk as a gift and it just shouldn’t be taken for granted.

I hope I see you again strong, determined, full-of-the-zest-for-life man with the contagious smile. I was so wrapped up in your amazing story that I forgot to ask your name. Thank you for sharing. I will never forget you.

From my heart to yours,